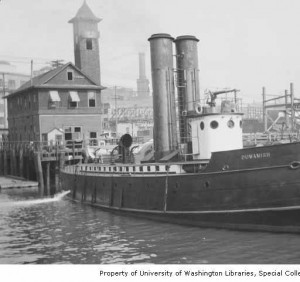 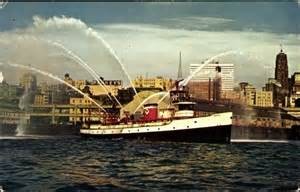 The Seattle Fireboat Duwamish, built in 1909, is the second oldest fireboat in the United States.  A National Historic Landmark, and a City of Seattle Landmark, it is moored at the Historic Ships Wharf at South Lake Union.   Dedicated to the preservation and interpretation of Seattle’s firefighting history and the maritime industry, the Seattle Fireboat Duwamish is specifically interested in the education and development of future Mariners.  The Duwamish is a not-for-profit, 501c3

The first fire the Duwamish fought  was on May 20, 1910 for the Independent Asphalt Co.

The last fire the Duwamish fought was on West Marginal Way in September 8, 1984.

Financial support provided, in part, by 4Culture and